You can reach us as follows 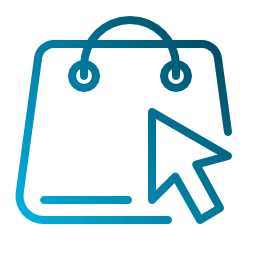 For all E-Commerce merchants

If you are just setting up an online shop or want to change your payment module, we will be happy to help you.
Click here to fill out our contact form. 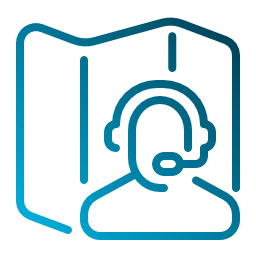 Configure a non-binding offer online yourself

Put together your complete payment package yourself and receive an all-inclusive offer.
Click here for the online configurator.

In 2021, Black Friday lost steam to Black Week and even the week before. While some of this development can be attributed to Covid-related events, acquiring transactions data indicates that merchants should adjust their strategy for future Black Seasons. Consumers respond well to deals offered in the days and weeks before Black Friday and several merchants have successfully used social media and special events like liveshopping to drive sales.

After over a decade of consistent increase, sales activity on Black Friday appears to have peaked in Germany. Instead, more merchants extend their offers into Black Week and some cases even earlier in November. And with the fierce competition to attract customers, the right strategy is vital.

An interesting trend caught our attention. Several merchants experimented with liveshopping, where product deals are presented during a livestream on social media and can be purchased through the comment section. While social media has long been a favored channel in the effort to stand out in the fierce competition for the consumer’s attention, we now also see social media shifting role from being mainly a marketing channel to becoming a marketing-sales hybrid.

This year, many German merchants tried to boost sales in the weeks before Black Friday through different types of sales initiatives, such as daily offers on specific items. Often, these offers were promoted through the use of loyalty programs and customer clubs, both to reward their most valuable customers and also to boost adoption of these loyalty programs.

A comparison of both e-commerce and instore acquiring transactions among Concardis’ Top 100 retail customers in Germany shows that, compared to the record year of 2020, total acquiring transactions for Black Friday slightly decreased by -0.7 percent. For Black Week, it increased with 0.7 percent while Black Month saw an increase of 4,8 percent in total. When looking at individual categories, department stores, clothing and shoes as well as jewelry and watches drove growth the most.

Asset 1: Change in acquiring transaction activity among German Merchants from 2020 to 2021

Granted, these developments must be with the 2020 corona lockdowns in mind. Last year, e-commerce thrived because physical shops were closed, and this year, business have been eager to make up for lost turnover.

Breaking down data into e-commerce and instore provides us with a more differentiated picture:

In the physical stores, increasing Covid-19 infection rates and looming restrictions do not seem to have kept shoppers at home. More people than last year have taken advantage of the wide selection of juicy deals over the week. Total instore acquiring transactions for Black Friday itself were at the same level as 2020, while Black Week resulted in a 4.5 percent increase compared to 2020, and Black Month increased by 8 percent.

Instore also did well even in 2020, with supermarkets being the main driver since most other shops were closed due to the pandemic. The hygienic use of contactless payments during Black Week also rose by 7 percent, and contactless now makes up almost 7 out of 10 card payments made by consumers.

The effect of increased shopping in physical shops was felt on the internet, where web shops experienced a drop in total acquiring transactions of -3,2 percent for Black Friday and -14,4 percent over Black Week. The decrease in German e-commerce should be seen in the context that transaction activity rose much higher the previous year, with the numbers for 2019-2020 being 66.7 percent for Black Friday, 35.4 percent over Black Week and 28.5 percent for Black Month. So, it seems not all of the growth gained during the first year of the pandemic has been lost.

On Cyber Monday, German merchants saw a total increase in acquiring transactions of 5,8 percent, where in particular sales in physical shopping grew by 4,2 percent. This could indicate that the special discount days around Black Friday more or less blend into one long sale in the minds of the consumers.

From our local market experience, Singles Day (11th of November) has not established itself as an important shopping date in minds of consumers. Despite several merchants experimenting with Singles Day promotions, interest is generally low, which is in contrast to what we see in Asia.

For 2021, the effects of the Covid-19 pandemic are still a significant factor, especially the global pressure on the shipping industry and international supply chains. The risk of delayed products has motivated merchants to offer strong deals early to motivate their customers to place their orders sooner rather than later. And consumers have likely been similarly concerned about limited availability of highly sought-after products or not being able to get presents delivered in time for Christmas. Both could be a driving factor for consumers choosing to shop earlier than Black Week.

But in the more long-term perspective, the reduced focus on Black Friday itself in favor of Black Week and beyond appears to resonate well with both merchants and consumers. A longer time period of sales increases the exposure towards consumers, which is good for the brand and sales.  There is also less peak pressure on the businesses by prolonging the period, both in terms of sale, marketing, logistic organization as well as instore staff. For the consumers, there’s also less stress and pressure to panic-buy.

What is the best strategy for the Black Season of 2022?

So, going forward, what do all these numbers mean for German merchants?

Based on both the data and local market insights, here are three suggestions for next year and beyond.

1. If you take part, get an early start

In general, merchants should consider if they have the muscles to participate and for how long. To sell with low margins can be damaging, and the increased sales and new loyal customers might not make up for this. Among consumers, there is far from universal love for Black Friday, which is often seen as contributing to overconsumption. Younger people in particular show a certain “Black Friday fatigue”.

On the other hand, the increasing activity before and during Black Week speaks for itself. A good deal is as hard to resist as ever, and bargain-hunters are out in record numbers as the first deals appear earlier than what we have seen previously.

Though marketing activities are increasing beyond Black Week, we’re likely only seeing the early signs. The sales season will likely continue to expand but is unlikely to turn all of November into Black Month. Extending Black Week to begin one week earlier, with the first deals appearing just after Singles Day, will most likely be a good starting point for beginning campaigns.

Increased usage of selling via social media is a key trend that merchants use to drive sales. The use of live shopping is a good example of an eye-catching tactic that both help merchants stand out in a sea of discounts and acts as a direct sales driver. This also support social media channels moving away from purely being used to raise brand awareness to also generate an income stream for merchants, which has been common on WeChat and other Asian social media for quite some time.

Merchants looking for new touchpoints and ways to build engagement should consider investing in their social media platforms and especially think about how they want to use these channels. Do you want to drive sales directly on social media or instead focus on drawing customers into your traditional sales channels?

3. Use personalized offers and limited deals to grow loyalty

As Black Friday drew closer and closer, the inboxes and social media feeds of consumers were flooded with personalized messages and deals from many of the business where they had shopped before. It is a well-establish truth in business that winning new customers is more expensive compared with up-selling to existing customers.

Based on this year’s Concardis acquiring transactions data, the lesson for Merchants is clear: Offer strong deals throughout Black Week and beyond, but not for everyone. Use it as an opportunity to drive loyalty, thereby increasing the chance to recoup low margins on discounted products through longer customer retention and more repeat purchases.

It’s also worth remembering that the majority of consumers use Black Friday and Black Week to buy Christmas presents for others. So, when targeting consumers with personalized deals and recommendations based on their past purchases, online activity and interests, don’t forget to include suggestions for their partners, parents, children, or friends.

To gain further valuable insights from other Business Insights articles from Nets/Concardis, check out other hot topics affecting merchants including: